2022/04/26: Nebraska Governor Signs Law to End Private Foster Care - "LB 1173 recognizes Nebraska's tumultuous and harmful history with privatization and that children and human services should never be for profit.”

2022/03/25: Montana Is Sending Troubled Kids to Out-of-State Programs That Have Been Accused of Abuse

2022/02/17: Texas Slow to Move Foster Children out of Hotels and Offices, Attorneys Say

2022/02/10: Childhood adversity is a "cause of causes" of adult illnesses and mental health problems

2021/10/01: How reading aloud can help you bond with your kids and make them a better reader

2021/08/06: Children are increasingly infected by the Delta variant of the coronavirus, LSU doctor says

2021/08/02: Mask mandate reinstated due to exploding case counts, higher risk for children due to Delta

2021/06/27: How the Pandemic Roiled the Foster Care System: Lengthy suspensions of crucial services for foster children during the past year exacted a heavy emotional and mental toll 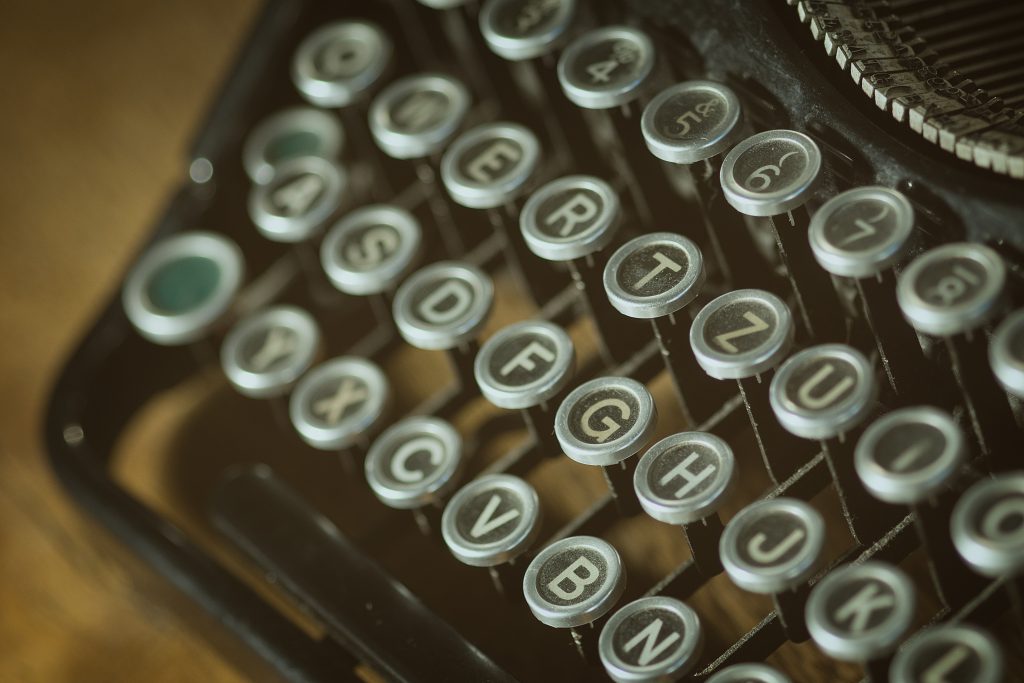 Typing was once a more physical experience. Each page of paper was inserted and rolled around a platen. Each keypress was a levered, mechanical event. With each inked letter impressed on the paper, a third of the typewriter’s mass, the part called “the carriage,” would move one space to the right to prepare for the next character to be typed.

The most physical movement in typing was at the end of each line of text.

I am grateful my parents suggested I take a typing elective in high school. At the time, typing was taught on typewriters, but I was lucky. I learned to type on an IBM Selectric II with 2,800 parts and a bell that sounded “Ding!” at the end of each line.

The Selectrics were electromechanical, and small motors assisted some of the actions. The Carriage Return bar was replaced by a large “Return” key.

The first computer I used was my dad’s Epson QX-10 which ran on the CP/M operating system and utilized the ValDocs interface. Ads for the QX-10 claimed, “Anyone can use it. Even bosses.”

This was 1983, so it was slow. One review at the time reported ValDocs “is slow. Sometimes it merely dawdles slightly, but other times, it crawls. Entering text becomes a disconcerting pastime when the screen display lags as many as 60 characters behind your typing, and you lose characters.”

This was okay for me because I am still a slow writer. I slowed often enough to consider my thoughts that ValDocs and I got along well. Neither of us rushed the other.

The ValDocs writing environment was elementary. There were no windows, fonts, or fancy layout features. ValDocs was a text editor, not a word processor.

And the keyboard had a “Return” key.

Literally, it is ones and zeros.

Through the years, I have maintained the practice of writing nearly every first draft in ASCII text. ASCII is the set of ones and zeros behind the characters on your keyboard.

ASCII is the abbreviation for “American Standard Code for Information Interchange .”ASCII was first standardized on October 6, 1960. In 1968 President Lyndon B. Johnson ordered that federal government computers use ASCII.

Teletype machines used ASCII to communicate “quickly” worldwide before the internet and public communication satellites. The standard teletype machine was the Teletype Model 33. It printed 10 characters per second.

The first teletypes had a particular difficulty at the end of a line of text. It took twice as long for the machine to prepare for the next line of text as it did to receive one character of text. If the Teletype received a new character during the machine’s movement to the next line, then this new character, which would have been the first at the beginning of the new line, was lost.

Engineers solved this by using two ending characters after each line: a “Carriage Return,” which told the machine to return the print head to the left, and a “Line Feed,” which moved the paper up one line. This became Teletype’s standard way to end a line of text.

Then in 1981, IBM added new ASCII characters and introduced the “Extended ASCII” codes for use with its first model of the personal computer. This was necessary, and the “enhanced ASCII” is good. (It added accent marks and the copyright symbol.)

Today, after 60+ years of ASCII, one problem still remains unresolved.

There are too many ways to end a line.

From the typewriter’s Carriage Return bar, to a Selectric’s “Return” key, to the Teletype’s CR+LF, to EOL, to a computer keyboard’s “Enter” key, to the various flavors of ASCII used by different operating systems, there is still no standard, single way to do the simplest thing – end a line.

You see, endings are complicated.

My avocation is to understand the conditions of Louisiana's Children and find ways all of us can improve their well-being. My vocation is to serve as CEO of Louisiana United Methodist Children and Family Services. (The views and opinions I share on RickWheat.com are my own and not necessarily those of my employer.)

More from musingsMore posts in musings »